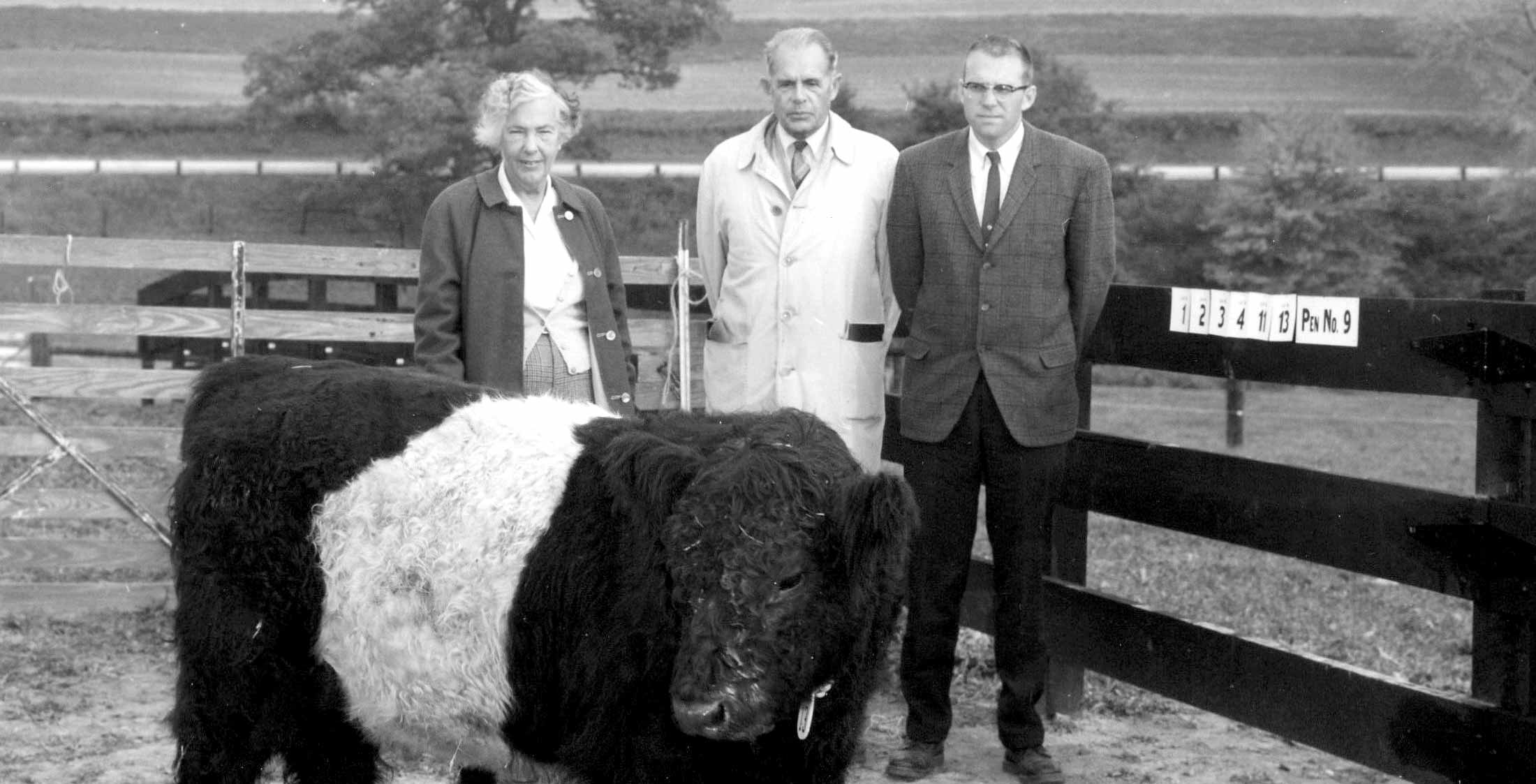 About Us > History of the Preserve

History of the Preserve

Nestled on the western shore of Penobscot Bay in Rockport, Maine, the Aldermere Farm preserve has been an area landmark for generations.

Aldermere Farm is a traditional New England saltwater farm, with rugged fields, weathered stone walls, a rocky shoreline, and simple yet elegant structures. The farm’s 136 acres include fields, woods, and wetlands, as well as the buildings and grounds.

Although most people associate the farm with the Belties — Aldermere’s famous herd of Belted Galloway cattle — the farm is also a compelling example of progressive agriculture and a caring land ethic.

Aldermere supports a world-renowned herd of Belted Galloway cattle and is permanently protected by conservation easements.

From sheep to organic farming to cattle

Around 1800 the Daniel Barrett family began farming much of the property that’s now Aldermere Farm.

Like other coastal Maine farmers at the time, the Barretts raised sheep and a variety of other animals, as well as fruit and vegetables for local markets. In 1899, Albert Chatfield Sr. and his wife Helen, from Cincinnati, purchased the Barrett property for their family’s summer home.

Maine Coast Heritage Trust owns and manages this working 136-acre farm thanks to a generous bequest made by the late Albert H. Chatfield, Jr.

Albert Chatfield Jr. inherited the farm from his father in 1950 and took up residence there with his wife Marion. The couple began methodically studying progressive scientific agriculture, intending to revitalize the somewhat neglected land. They were especially influenced by the work of Louis Bromfield, whose writings emphasized careful stewardship and organic farming methods.

Their research extended to beef cattle, and they sought to identify the most suitable breed for Aldermere’s rough terrain and cool, damp weather. They settled on the Belted Galloways of Scotland, a hardy, highly adaptable breed which thrives in rugged environments with severe weather conditions.

In 1953 Mr. Chatfield started the Aldermere Beltie herd by purchasing a bull and six cows, establishing what is now the oldest continuously-operated herd of Belted Galloway cattle in the United States. With the help of his right hand man, Dwight Howard, Mr. Chatfield built up the herd until Aldermere Farm became a household name among Beltie breeders. Aldermere stock have been awarded the highest level of recognition of any farm over the last 30 years.

While the Belties were certainly a passion for the Chatfields, they cared for the land itself as much as their beloved beasts. Among other things, they reclaimed the fields, using methodical grazing rotations to maintain healthy grass, building up the soil, and managing the woodlands carefully with selective cutting.

The Chatfields restored the land with innovative conservation methods and organic agriculture. It was a lifelong task, and the farm’s splendid condition today attests eloquently to the Chatfields’ devotion to the land they dearly loved.

Having created Aldermere Farm, the Chatfields wanted to ensure that it would remain a farm forever rather than succumb to the intense development pressure growing in the region. Beginning in the 1970s, they placed three protective conservation easements on the property to legally preclude subdivision and development, with the technical assistance of Maine Coast Heritage Trust.

Following Mrs. Chatfield’s death in 1999, Mr. Chatfield began making final plans for the property. He approached MCHT about bequeathing the farm to the organization. Although running a working farm was not something the Trust was experienced with, they thanked Mr. Chatfield for his confidence in their potential as stewards for the property and indicated their willingness to accept the responsibility.

On June 14, 1999, after 99½ generous and productive years, Albert Chatfield, Jr. quietly passed away at his Rockport home on Russell Avenue. In his will he bequeathed Aldermere Farm to MCHT, adding several additional conservation easement restrictions intended to preserve Aldermere Farm’s scenic and ecological integrity forever.

Aldermere’s pastoral vistas and undeveloped shoreline are a prized scenic feature of Rockport and Camden, and will remain so forever thanks to conservation easements Mr. Chatfield placed on the property.