We are excited to add Southfield Major Ronaldo (-[GBA] 3859065000-). We imported him after seeing him and many of his paternal siblings in Scotland. After seeing his calves power and fast growth, we decided we had to have some of our own. We look forward to adding more information regarding his calving ease soon. 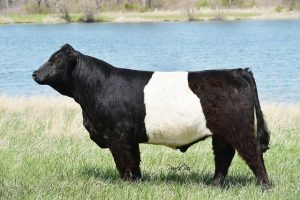 Aldermere Chatfield, our first Ronaldo son in the United States. 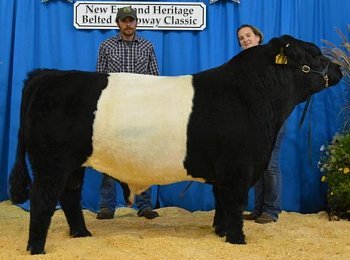 This beautifully structured, deep-flanked young sire is a perfect example of his paternal traits. Aldermere Moon (8791-B) is a Lifetime Platinum Award winner, and we expect that Zale will follow in his father’s footsteps. Paired with our Aldermere Liza cow family you don’t get stronger genetics then this. Zale won numerous Grand Champion awards while on our show string. We’ve been impressed with his offspring and look forward to more soon. 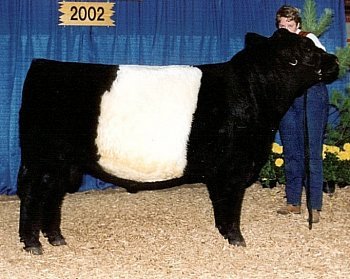 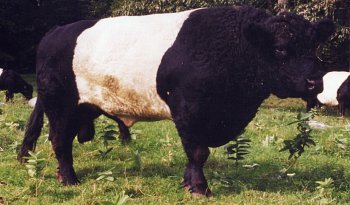 Aldermere Ajax 3235 was the first bull to receive the U.S. Belted Galloway Society’s Gold Lifetime Achievement Award and currently holds the Society’s Platinum Award. As the 1991 Fryeburg Fair Grand and Supreme Champion, Ajax was an impressive individual, and his calves consistently inherit his rapid growth rate, tremendous height and length and massive hindquarters. 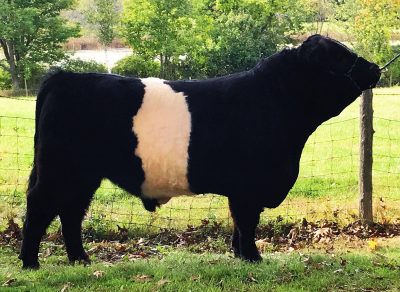 Aldermere Doodlebop brings together an excellent genetic package on a young bull. His sire, Aldermere Zigy is a Aldermere Sean (10801-B) son, who is out of Mochrum Kingfisher (2879). His dam, Aldermere Amazement is an Anderson Hill Bop Man daughter out of Aldermere Xanderlee. Xanderlee was 2011 National Grand Champion and Heifer of the Year, and repeatedly provided excellent calves each year. Doodlebop has five Platinum Lifetime Award winners in his pedigree! 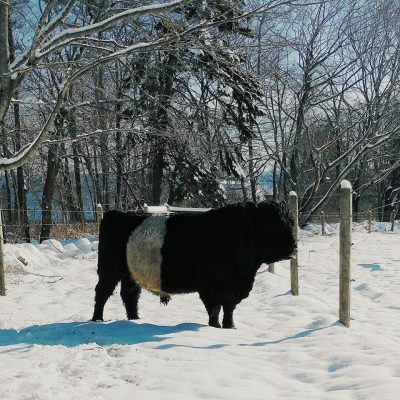 National Belted Galloway Platinum Lifetime Winner, Yogi has been a consistent herd sire in our breeding program. Each year Yogi produces fast growing, big-boned calves, that quickly pack on the muscle. Each year his  calves excel in the show ring.

Eastman Aldermere Carlos is sired by one of our Platinum Lifetime Award winners Aldermere Yogi (34733-B). A big-bodied four year old bull with an excellent breeding record, just like his father. Carlos is an easy going bull with excellent manners. While we didn’t have the pleasure of showing this young herd sire as a yearling, we are very excited to bring his offspring to the ring!